Care for some dental bling 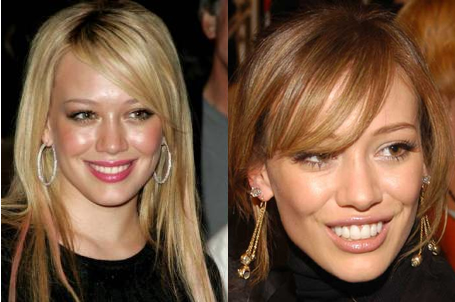 London – Something really strange took place in 2011. Out there on Planet Showbiz, on the wilder shores by the Land of Fame, something very, very weird happened to celebrity teeth. Like Pinocchio's nose, Jack's beanstalk and the euro crisis, they kept getting bigger and bigger and bigger and bigger. From Christine Bleakley to Coleen Rooney; from the entire cast of The Only Way Is Essex, to Desperate Scousewives and any other reality show you care to mention.

There's also Sharon Osbourne, Catherine Zeta-Jones, Simon Cowell and Kate Beckinsale to the shiny pairs of Posh & Becks, X Factor judges Tulisa and Kelly Rowland, and reality stars Chantelle and Alex Reid and many more. Each and every one of them with the kind of pimped-up, piranha-toothed, white-out dazzler of a grin that is the stuff of nightmares. What is going on? Obviously, a little bit of cosmetic dentistry is nothing new. The pearlescent, day-glo delights of the average Hollywood smile have been with us for a while. A little tweak here, a little judicious filing there and ting! Starlets' gnashers were shown at their very best.

Yet when did it become de rigueur, even covetable, for celebrity teeth to become so downright huge? So white? Not to mention so uniform and unnatural-looking? We are now in the age of the molar ice cap, where great curves of snow-white plastic teeth are the order of the day. Today, slebs just love to have upper and lower horseshoes of monumental, blinging clackers packed so tightly into the gums that they can barely shut their mouths properly.In this, the year of the veneer, teeth have become over-bleached, over-laminated, oversized and have taken root over here.

The slavish pursuit of a kind of highly unnatural dental flawlessness is what everyone – from reality wannabe to WAG to movie star – seems to want. That might be a worthwhile dental aim – if the end results weren't quite so extreme and freakish. Any charming or natural little dental imperfections are bulldozed out, replaced by a barrage of crowns, caps, veneers – where they are literally laminated with porcelain or plastic covers – bleaches and holy molar bling. What in the name of horsey smiles has happened? "l'll tell you what has happened. They asked for a Hollywood smile – but they got a Goodwood smile instead," sighs dentist Harry Shiers, suggesting most of this crowd end up looking more like winners in the 3.15 handicap than elegant stars. And he should know.

Mr Shiers has run an eponymous Central London dental clinic for 15 years, where he specialises in aesthetic implant and reconstructive dentistry. Over time, his work has involved reconstructive dental surgery for those suffering from mouth cancer or who have, for example, been in car accidents. With his more day-to-day patients he performs the kind of cosmetic procedures that have indeed become popular with celebrities – but with one big difference. "Of course it is good to improve teeth and make them look better – but in a natural, not an unnatural way," says Harry Shiers. "My thing is to try to do cosmetic work that does not jump out at you."

Many experts like him despair of a new generation of opportunistic dentists who set up flashy websites promising white-out Hollywood smiles to clients – even if the laminating procedure that produces them might not be advisable. Yet so many people get swallowed up in celebrity culture – whether they are celebrities or not – and convince themselves that they need a particular look, that anyone with the most basic dental training can now find clients willing to pay for a royal flush of veneers. The problem, some experts believe, is that as cosmetic dentistry becomes more extreme and more people want it done, it will lead to dental problems in the future.

For teeth are not designed for dentistry, intensive or otherwise. They are designed so that we can eat. Sometimes, with disease, dentists can do clever things. And sometimes dentists can do things minimally that are quite clever. However, trying to impose a totally new appearance to teeth without harming them in some way is impossible. If you want to

make them bigger or whiter or brighter you have to file some of the tooth away in order to accommodate the veneer you are sticking on. As Harry Shiers says: "Underneath the hard stuff is living tissue. You can only drill a tooth so many times before you compromise its vitality. Eventually, they start breaking or cracking. You are asking them to do something they are not meant to do. And if you are being invasive, there might well be a price to pay later."

Well, try telling that to the cast of The Only Way Is Essex, who are among the worst offenders in the all-blinging tooth brigade. As they frequently tell each other on their show, looking nice costs money. – Daily Mail