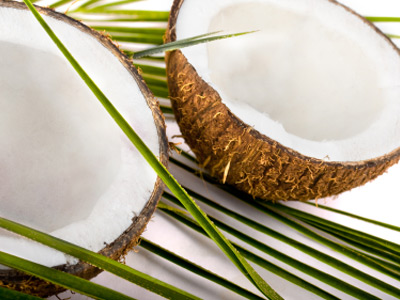 Digested coconut oil is able to attack the bacteria that cause tooth decay. It is a natural antibiotic that could be incorporated into commercial dental care products, say scientists presenting their work at the Society for General Microbiology’s Autumn Conference at the University of Warwick.

The team from the Athlone Institute of Technology in Ireland tested the antibacterial action of coconut oil in its natural state and coconut oil that had been treated with enzymes, in a process similar to digestion. The oils were tested against strains of Streptococcus bacteria which are common inhabitants of the mouth.

They found that enzyme-modified coconut oil strongly inhibited the growth of most strains of Streptococcus bacteria including Streptococcus mutans – an acid-producing bacterium that is a major cause of tooth decay.

Many previous studies have shown that partially digested foodstuffs are active against micro-organisms. Earlier work on enzyme-modified milk showed that it was able to reduce the binding of S. mutans to tooth enamel, which prompted the group to investigate the effect of other enzyme-modified foods on bacteria.

Further work will examine how coconut oil interacts with Streptococcus bacteria at the molecular level and which other strains of harmful bacteria and yeasts it is active against. Additional testing by the group at the Athlone Institute of Technology found that enzyme-modified coconut oil was also harmful to the yeast Candida albicans that can cause thrush.

The researchers suggest that enzyme-modified coconut oil has potential as a marketable antimicrobial which could be of particular interest to the oral healthcare industry. Dr Damien Brady who is leading the research said: “Dental caries is a commonly overlooked health problem affecting 60-90% of children and the majority of adults in industrialised countries.

ternative to chemical additives, particularly as it works at relatively low concentrations. Also, with increasing antibiotic resistance, it is important that we turn our attention to new ways to combat microbial infection.”

The work also contributes to our understanding of antibacterial activity in the human gut. “Our data suggests that products of human digestion show antimicrobial activity. This could have implications for how bacteria colonise the cells lining the digestive tract and for overall gut health,” explained Dr Brady.

“Our research has shown that digested milk protein not only reduced the adherence of harmful bacteria to human intestinal cells but also prevented some of them from gaining entrance into the cell. We are currently researching coconut oil and other enzyme-modified foodstuffs to identify how they interfere with the way bacteria cause illness and disease,” he said.