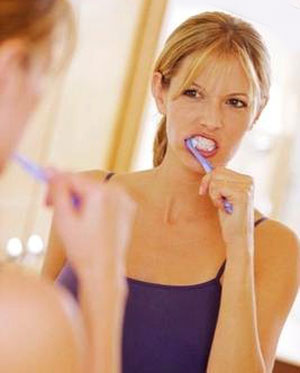 A Swedish study found almost all Swedes brush their teeth, but only one in ten brushes teeth in a way that effectively prevents tooth decay. Now researchers at the Sahlgrenska Academy, University of Gothenburg, are eager to teach Swedes how to brush their teeth more effectively.

Most Swedes regularly brush their teethwith fluoride toothpaste. But only few know the best brushing technique, how the toothpaste should be used and how fluoride prevents tooth decay.

The results show that only ten percent of the population use toothpaste in the most effective way.

‘Swedes generally do brush their teeth, but mostly because of social norms and to feel fresh rather than to prevent tooth decay,’ says Gabre.

Swedes could improve their oral health considerably by learning how to maximise the effect of fluoride toothpaste, according to Gabre.Nevertheless, the study shows that 80 percent are generally happy with how they take care of their teeth.

The researchers conclude that Swedes’ knowledge about tooth brushing must be improved and that theprovided advice must be made simpler, clearer and more easy to use.