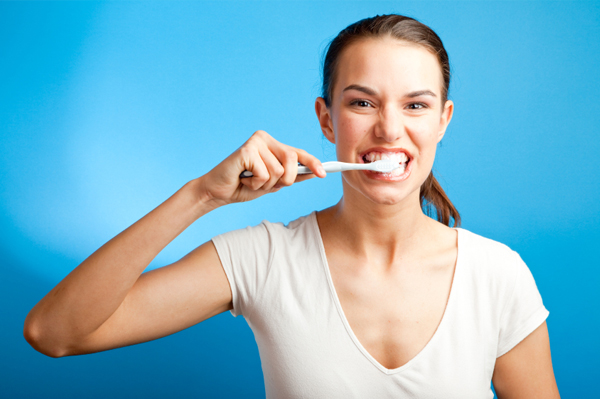 FACT: Bleeding gums are NOT normal!!!!

It is a sign that something is wrong and that there is some form of gum disease present. Bleeding results from inflammation of the gums (gingivitis), due primarily from inadequate removal of plaque from the teeth at the gum line. If this plaque is not remove (through regular brushing and routine dental care), it will harden into a substance called tartar, and eventually lead to increased bleeding and gum and bone recession (Periodontal disease).

In some cases, chronic bleeding can be due to a pre-existing medical condition or blood disorder. Because it is usually painless, many people think it is normal but it isn’t. If your gums bleed when you brush, it might be that you are brushing too hard or using a very hard brush and cutting the gums, but that is not likely because it would be painful. It is most probable that you are not brushing effectively. Daily removal of bacterial plaque, along with regular periodontal cleanings will enable you to have a healthy mouth with healthy teeth and gums.