Something sweet that’s actually good for your teeth…? 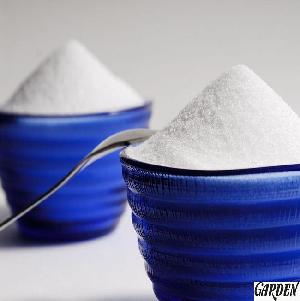 Xylitol is a sweet-tasting naturally occurring sweetener which is low in calories and dentally friendly. Xylitol was first discovered by German chemist, Emil Fischer in 1891 and has been used as a sweetener in food since the 1960s. Xylitol is a substance similar in appearance and texture to sugar. It is a white crystalline powder that is odorless, with a pleasant sweet taste similar to sugar (sucrose). Xylitol has been used as a food additive for the last 50 years and has one-third fewer calories than everyday sugar. Xylitol is more expensive to produce so less expensive sweeteners like Sorbitol and other sugars are used more frequently. It dissolves quickly, has no unpleasant aftertaste and produces a cooling sensation in the mouth.

.
Xylitol occurs naturally in many fruits and vegetables but at a level of less than 1% and is even produced by the human body during the normal metabolism of glucose. Xylitol is produced commercially from plants such as birch and other hard wood trees and fibrous vegetation. The majority is produced in the United States, Finland and China.
.

Due to its role in reducing the development of dental decay (cavities) it is gaining increasing acceptance as an alternative sweetener. Xylitol has been approved for use in more than 35 countries and has become an increasingly popular ingredient in foods, pharmaceuticals and oral health products. Xylitol is used in foods such as chewing gum (Breath Rx Halisphere Gum), gum drops and hard candy, and in pharmaceuticals and oral health products such as throat lozenges, cough syrups, children’s chewable multivitamins, toothpastes (Squigle Enamel Saver Toothpaste) and mouthwashes.
.

In the United States, xylitol is approved as a direct food additive for use in foods for special dietary uses. The usefulness of polyols, including xylitol, as alternatives to sugars and as part of a comprehensive program including proper dental hygiene has been recognized by the American Dental Association. The FDA has also approved the use of a “does not promote tooth decay” health claim in labeling for sugar-free foods that contain xylitol or other polyols.

Q: If someone is on a strictly sugar-free diet is it safe to use a product containing xylitol?

.A: Yes, there shouldn't be a problem because Xylitol has a lot fewer calories than sugar and it is safe for diabetics with a glycemic index of 7.

A Good Sugar for Your Teeth
.

CINCINNATI (Ivanhoe Newswire) — Researchers presenting at the American Academy of Pediatric Dentistry Annual Session in Cincinnati found a natural sweetener may not only improve the taste of gum and candies, it may also reduce tooth decay. Their new study observed children school-aged children in Belize for several years. Some kids chewed regular gum, some chewed gum with other sugar substitutes, and the final group chewed gum with xylitol.

According to Margherita Fontana, DDS, Ph.D., of Indiana University School of Dentistry in Indianapolis, chewing gum with high doses of xylitol several times a day over a prolonged period reduced the incidence of tooth decay. “The studies were mostly done in children, but it would apply also for adults,” she said. Xylitol is a sugar substitute found in trees, fruits and vegetables. Even though it is sweet, it doesn’t interact with oral bacteria that produce acids that lead to cavities. Xylitol is available in some gum and juice brands currently on the market. But, Fontana said, you’ll pay more.

Before you run to the store looking for gum with xylitol, however, Fontana said it may be difficult to find the appropriate amounts. “To get the effect that you got in those studies, you have to chew it at a certain dosage every day for a long period of time,” she warned.

Meanwhile, other studies also show the benefits of xylitol. Another study done in Finland found fewer mothers transmitted cavity-causing bacteria to their children when they chewed gum with xylitol. The bacteria transmission occurs when mother and children share eating utensils.

Why is Xylitol good for teeth?

Clinical studies show that supplementing a normal diet with regular consumption of xylitol (xylitol chewing gum 2 times a day) is beneficial for teeth. Research clearly established that the use of xylitol sweetened foods provides additional help in the battle against tooth decay by significantly decreasing plaque accumulation.

How does Xylitol Fights Tooth Decay?

When carbohydrate or sugars are consumed acid is produced in the mouth and the pH drops rapidly below pH 5.7, causing demineralization of tooth enamel and potential cavities. Since xylitol is a five-carbon polyol, oral bacteria do not metabolize it and therefore no acid is produced. This means that xylitol reduces the quantity of plaque, creating additional caries(decay)protection between periods of brushing and flossing. It also inhibits the growth of streptococcus mutans, the main bacteria associated with dental caries (decay). Xylitol actually decreases the amount of insoluble plaque polysaccharides that actually make plaque less adhesive to the tooth surface. When xylitol products are used the pH balance in the oral cavity is quickly returned to a safety level above pH 5.7, minimizing the erosion of enamel and enhancing the remineralization process. Remineralization is the process of reversing superficial cavities confined to the enamel surface.

When xylitol is consumed habitually for several months, the streptococci mutans bacteria are shed from plaque to the saliva. Although high numbers may still be found in saliva, they are less virulent and do not adhere as tightly to the teeth, and this means acid attack is not occurring at the tooth surface.

Studies have shown that Xylitol gum and Xylitol candy prevent the development of new carious lesions (cavities) in both children and adolescents. Research suggests that the value of xylitol may be highe

st during periods of high dental activity such as the eruption of new teeth especially when the first and second molars erupt. One landmark study showed that chewing a Xylitol gum 3-5 times a day actually stops the transmission of Streptococcus Mutans from mother to child. It's use is recommended for mothers with children from birth to age 2 which is the age when the bacteria that cause cavities colonize the mouth. Using Xylitol during this stage can actually prevent colonization of those cavity-causing bacteria in an infant and prevent future dental cavities for the child.

Research suggests that xylitol and fluoride act synergistically to increase the efficacy of oral hygiene products. Fluoride reduces
demineralization of the tooth surface and helps to promote remineralization process of enamel. Regular use of a fluoride toothpaste and fluoridated water is recommended as the first step in caries (decay) prevention. Xylitol should be added in high risk individuals who are more susceptible to caries. When fluoride and Xylitol are combined in products such as toothpaste, the two together are complementary. Those at high risk would be those who have exposed root surfaces, suffer from xerostomia (dry mouth), oral cancer survivors, diabetics and anyone suffering from a compromised immune system because they are at higher risk of caries. By sucking on Xylitol candy or Xylitol gum, rather than other sugar-filled products, their risk of decay will decrease.

The sweetness and pleasant cooling effect of Xylitol-sweetened products (such as mints and chewing gum) create an increase in salivary flow, which helps rinse away excess sugar residues and neutralize any acids that have been formed. Saliva helps with cleaning and protecting teeth from decay. Xylitol also raises the Ph of saliva so it changes both the quantity and the quality of saliva, thus aiding the remineralization process.

Control of blood glucose, lipids and weight are the three major goals of diabetes management today. Xylitol is a low glycaemic sweetener, is slowly absorbed and is metabolized independently of insulin. Xylitol does not cause the sharp increase in blood sugar level or the associated serum insulin response, which is usually seen following consumption of other carbohydrates. Thus, Xylitol can be recommended as a sugar-free sweetener suitable for diabetics as well as for the general population seeking a healthier lifestyle. The reduced caloric value (2.4 calories per gram versus 4.0 for sugar) of Xylitol is consistent with the objective of weight control.
.

Despite the improvement in dental health achieved through the use of fluoride, cavities incidence is still widespread and cause for concern in many countries. Decreasing sugar intake and finding practical means of combating its detrimental effects remains a priority in controlling the incidence of cavities. One way to achieve this goal is to provide confectionery sweetened with dentally safe sugar substitutes.

Xylitol is particularly recommended for this purpose since in addition to not causing cavities it actually: