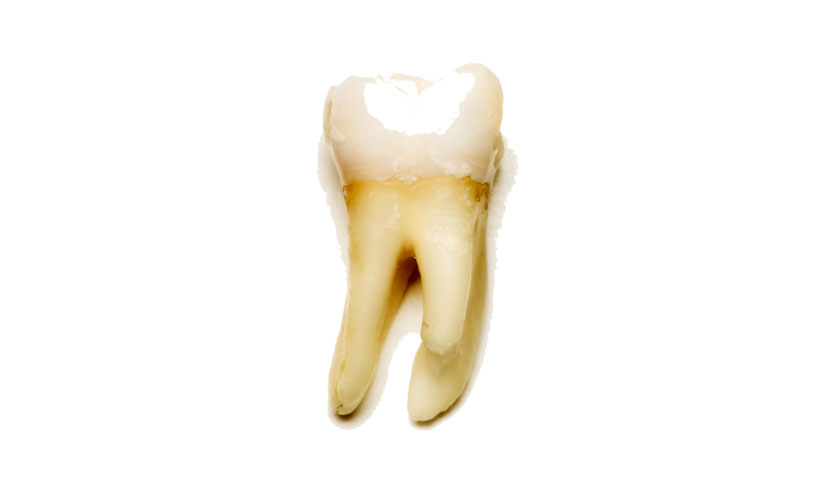 Dentists could soon hang up their drills. A new peptide, embedded in a soft gel or a thin, flexible film and placed next to a cavity, encourages cells inside teeth to regenerate in about a month, according to a new study in the journalACS Nano. This technology is the first of its kind.

The new gel or thin film could eliminate the need to fill painful cavities or drill deep into the root canal of an infected tooth.

“It’s not like toothpaste,” which prevent cavities, said Nadia Benkirane-Jessel, a scientist at the Institut National de la Sante et de la Recherche Medicale and a co-author of a recent paper. “Here we are really trying to control cavities (after they develop).”

Drilling teeth and filling them is safe and effective. Dentists fill millions of cavities each year across the United States. However, though dentists numb the tooth, many patients still rue the sound of that drill.

The new research could make a trip to the dentist’s office more pleasant, said Berkirane-Jessel.Instead of a drill, a quick dab of gel or a thin film against an infected tooth could heal teeth from within.

Cavities are bacteria and pus-filled holes on or in teeth which can lead to discomfort, pain and even tooth loss. When people eat acidic foods, consume sugary snacks or simply don’t maintain proper oral hygiene, bacteria begin to eat away at the protective enamel and other minerals inside teeth. The causes of cavities are varied. But for most cavities, the treatment is the same: drilling into a tooth, removing the decay and filling in the hole to prevent further damage.

The gel or thin film contains a peptide known as MSH, or melanocyte-stimulating hormone. Previous experiments, reported in theProceedings of the National Academy of Sciences, showed that MSH encourages bone regeneration.Bone and teeth are fairly similar, so the French scientists reasoned that if the MSH were applied to teeth, it should help healing as well.To test their theory, the French scientists applied either a film or gel, both of which contained MSH, to cavity-filled mice teeth. After about one month, the cavities had disappeared, said Benkirane-Jessel.

Benkirane-Jessel cautions that the MSH-containing films or gels only treat cavities; they don’t prevent them. People will still need to brush, floss and use mouthwash to help prevent cavities from forming in the first place.vTreating cavities without drilling “would have its advantages,” said Hom-Lay Wang, a dentist at the University of Michigan. Cavities and drilling can destroy the nerves and blood vessels inside a tooth, making it more brittle and likely to fracture. Regenerating a tooth could help avoid crowns after a cavity has been filled.

That said, regenerating a tooth from within would only be useful in a relatively small number of cases. Most cavities would still need to be drilled and filled.

In the meantime, patients can’t slacken their oral hygiene either. Numerous clinical trials over several years will have to be completed before the MSH-containing gels or films are available to treat cavities in humans.