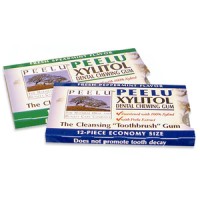 Early in the last century, pioneers in the area of health and longevity almost universally agreed that sugar was the bane of our existence, and that it needed to be totally eliminated from the diet. Despite early warnings, US sugar consumption has steadily increased. The USDA statistics show consumption of sugar to be about 20 teaspoons per person per-day, and thats only what is added to food and drink — not the sugar occurring naturally in food. Sucrose (table sugar) remained the sugar of choice even after the introduction of artificial sweeteners. (1) With the discovery of the life-extending potential that optimally low levels of insulin can have, it is now time to seriously examine safe alternatives.

The most commonly usedsugars — i.e. sucrose, dextrose, fructose, etc.— all quickly transform into glucose (blood sugar). Glucose is the primary inducer of high insulin levels that contribute to age-related disorders that Dilman first described in 1974, and which has been recently rediscovered and renamed Syndrome X. Dilman first attributed the co-occurrence of obesity, hypertension, cardiovascular disease, type II diabetes, and cancer to insulin-resistance and resultant hyperinsulinemia. Ironically, Dilmans early work both predicted this syndrome and outlined the therapeutic means for reversing these changes.

.
Other countries around the world have taken a more sensible approach to the sugar problem. Researchers in Finland have been working with a natural sweetener called xylitol for the last 30 years. There, massive health education programs have been used to educate the public on the enormous health benefits and safety of using xylitol. In Russia it has been used for decades as a sweetener for diabetics, in Germany in solutions for intravenous feeding, and in China, xylitol has been used for various medical purposes. Virtually unknown in Japan 3 to 4 years ago, xylitol sales have soared to over 400 million dollars yearly.

.
What is Xylitol?
Pure 100% pharmaceutical-grade xylitol is a white, crystalline carbohydrate that is classified, according to some chemical encyclopedias, as a sugar. It is found naturally in fibrous vegetables and fruit, as well as in various hardwood trees like birch. It is even produced by the human body during normal metabolism (up to 15 grams daily from other foods). (2) It is a naturally occurring form of the 5-carbon sugar, xylose (xyl in Greek means wood). (3) The main sources of commercially produced xylitol are corncobs and wood scraps from the lumber industry. Xylitol is more narrowly classified as a polyol or sugar alcohol (without inebriating qualities).

Polyols possess functional hydroxyl groups. It is important to note that xylitol differs from other polyols like sorbitol, for example. (4) Xylitol is a 5-carbon pentatol whereas sorbitol is a 6-carbon hexitol. Sorbitol, consequently, can support the growth of cariogenic (cavity-causing) bacteria in the mouth. However, these bacteria are unable to utilize xylitol for growth. Consequently, xylitol use actually prevents cavities, while other sugars promote cavities.

.
Xylitol is also much sweeter than sorbitol. Although xylitol is tolerated well even in large serv

ings, very sensitive individuals may need to adapt to higher intakes. An adaptiveincrease in the activity levels of an enzyme (a polyol dehydrogenase) greatly increases the rate of xylitol absorption in a few days. This is not the case with sorbitol. Xylitol is slowly absorbed and metabolized, resulting in negligent changes in insulin. It also has 40% fewer calories than ordinary sugar. Xylitol dissolves quickly and produces a cooling sensation in the mouth. It is a true sugar replacement, having the physiologic advantage of a pleasant taste and sweetness equal to sugar with no aftertaste. It can easily be used to replace sucrose (table sugar) in the diet. (5,6)
.

History and Approval
Discovered in 1891 by German chemist Emil Fischer, xylitol remained relatively unappreciated until the sugar shortages in Finland during World War II. Without a domestic supply of sugar, the Fins began using xylitol. Years later, it was noted that those who used xylitol had better health than those who didnt. This stimulated research to discover why.

Today, xylitol has been extremely well researched with around 1,500 published studies. Xylitol has been used as a sweetening agent in human food since the 1960s. Xylitol is currently approved for use in foods, pharmaceuticals, and oral health products in more than 35 countries. In 1986, the Federation of American Societies for Experimental Biology (FASEB) was commissioned by the US FDA to review all relevant data concerning xylitol and other polyols. FASEB reported that the use of xylitol is safe for humans and acceptable as an approved food additive in foods for special dietary uses. In 1983, the Joint Expert Committee on Food Additives (JECFA), a scientific advisory board allocated an Acceptable Daily Intake (ADI) definition of not specified for xylitol. This indicates that xylitol is extremely safe and that no consumption limits are needed. (5,7,8,9) In detail JECFA recommended an unlimited ADI based on the safety of xylitol. This type of specification reflects the safest category in which this committee can place a food additive. Additionally, JECFA recommended that no additional toxicology studies were needed.

.
Dental Benefits/Antibacterial Qualities
Xylitol may be the ideal alternative to sugar. More than a mere substitute, it appears to be a valuable adjunctive modality in dental care. Clinical and field tests demonstrated dramatic reductions in new tooth decay, along with arrest and even some reversal of existing dental cavities (Figures 2 and 3). Xylitol provides additional protection that enhances all existing prevention methods. This xylitol effect is long-lasting and possibly permanent. (10 Low decay rates persist even years after trials have been completed.


Xylitol binds with calcium and other polyvalent cations, contributing to remineralization of enamel. The calcium-xylitol complexes facilitate calcium absorption through the gut wall. This suggests xylitol may play a role in preventing osteoporosis. This hypothesis has been tested in experimental animals. (14)

Sugar is fermented by oral bacteria such as Streptococcus mutans, the principal instigator of dental cavities. S. mutans produce acids that eat through the enamel of teeth and cause decay. These bacteria thrive in the low pH (high acid) conditions of the mouth, easily adhering to teeth and producing plaque. Xylitol inhibits the growth of S. mutans by raising the pH of the mouth, providing less hospitable conditions for S. mutans, thereby allowing harmless bacteria to crowd them out. This creates a long-lasting, possibly permanent change in the bacteria of the mouth.

Xylitol also reduces the incidence of periodontal disease. Periodontal disease is also a risk factor for damage to heart and blood vessels. In the presence of xylitol, bacterial adhesion to epithelial cells is disrupted. In an in-vitro assay using a 5% solution of xylitol, researchers demonstrated that the mucosal attachment of Streptococcus pneumoniae and Haemophilus influenzae was reduced by factors of 68% and 50%, respectively. Xylitol-laced gum (mints, nasal spray) is an excellent tool for knocking out infections that start in the mouth and throat. Adults and children old enough to chew gum can easily saturate the oral cavity with bacteria-killing xylitol simply by chewing the gum for five to ten minutes several times daily. Researchers at the University of Oulu, in Finland recently had 306 Finnish children from 11 day-care nurseries chew gum either sweetened with sucrose or xylitol. The average age of the children was five years, and most had been selected because they had a history of recurrent, acute otitis media (middle ear infections). At the end of two months, the group chewing xylitol-sweetened gum had a 40% reduction in the incidence of otitis media when compared to those who used the sucrose-sweetened gum. (15)

Researchers now believe that gum sweetened with xylitol may be a simple way to treat or prevent chronic sinusitis and some of the more serious throat and lung infections. This is tremendously significant, since recurrent otitis media is the number-one reason for childrens visits to doctors. It is also the reason for millions of prescriptions of antibiotics, useless surgeries to the eardrum to allow drainage, and many other questionable procedures. Based on these new findings, many of these problems could be totally eliminated through the use of xylitol. It is also possible that the virulent bacteria flora present in the aero-digestive tract can be favorably affected by systematic xylitol use.

To be effective, 4 to 12 grams of xylitol per day are needed (gums and mints contain about 1 gram each). We suggest using xylitol 3-5 times daily between meals. Increasing dental benefits level off at around 15 grams per day.

.
Xylitol Improves Diabetes and Carbohydrate Sensitivity
Increases of blood glucose, serum lipids and insulin have been associated with sugar consumption. Advantages of using xylitol to improve blood sugar control include:

.
Xylitol Aids Weight Loss
There are many different strategies for weight control. Xylitol fits neatly into most of them. Xylitol slows stomach-emptying and its low glycemic index and mostly insulin-independent metabolism makes it ideal for maintaining steady levels of insulin and blood sugar. This increases satiety and reduces binging.

Xylitol is incompletely absorbed, and only a portion of what is absorbed slowly converts to glucose. An important added bonus of xylitol metabolism is the activation of the glutathione antioxidant system which help

s to squelch free radicals generated by heavy exercise, thereby reducing oxidative damage to muscle and blood cells. Because xylitol is efficiently and steadily converted to glucose (energy) and glycogen (storage) it may be particularly useful when coupled with other carbohydrates for recovery after heavy exercise. Likewise, it may be valuable for carbohydrate loading (super-compensating) by packing glycogen after a depletion phase.

Xylitol for Athletes and Bodybuilders
Strength athletes (football players, bodybuilders, etc.) searching for alternatives to steroids are particularly intrigued by xylitol. Even thin runners want to avoid the emaciated look caused by upper body protein being used for fuel. Developing lean muscle mass involves increasing anabolism (build-up) while minimizing catabolism (breakdown) of muscle protein. These are well-documented xylitol effects in conditions of stress and trauma. It is not known yet how well these findings will translate for athletes and bodybuilders, but the possibilities look promising.

Summary of Benefits
Xylitol is a sweet-tasting sugar substitute that has been approved for use in more than 35 countries. Consumption of xylitol is associated with a significant reduction in tooth decay, resulting in fewer cavities and resolution of periodontal disease. Xylitol has been shown to contribute to increased bone density, weight loss, stabilization of blood sugar and lowering of insulin levels. Additional benefits include:

.
Dosages of xylitol up to 15 grams per day have been used in clinical studies, with excellent results for a number of clinical conditions. The safety of xylitol has been extensively tested. To date, it is completely devoid of adverse effects. And the best part, is that it tastes good.